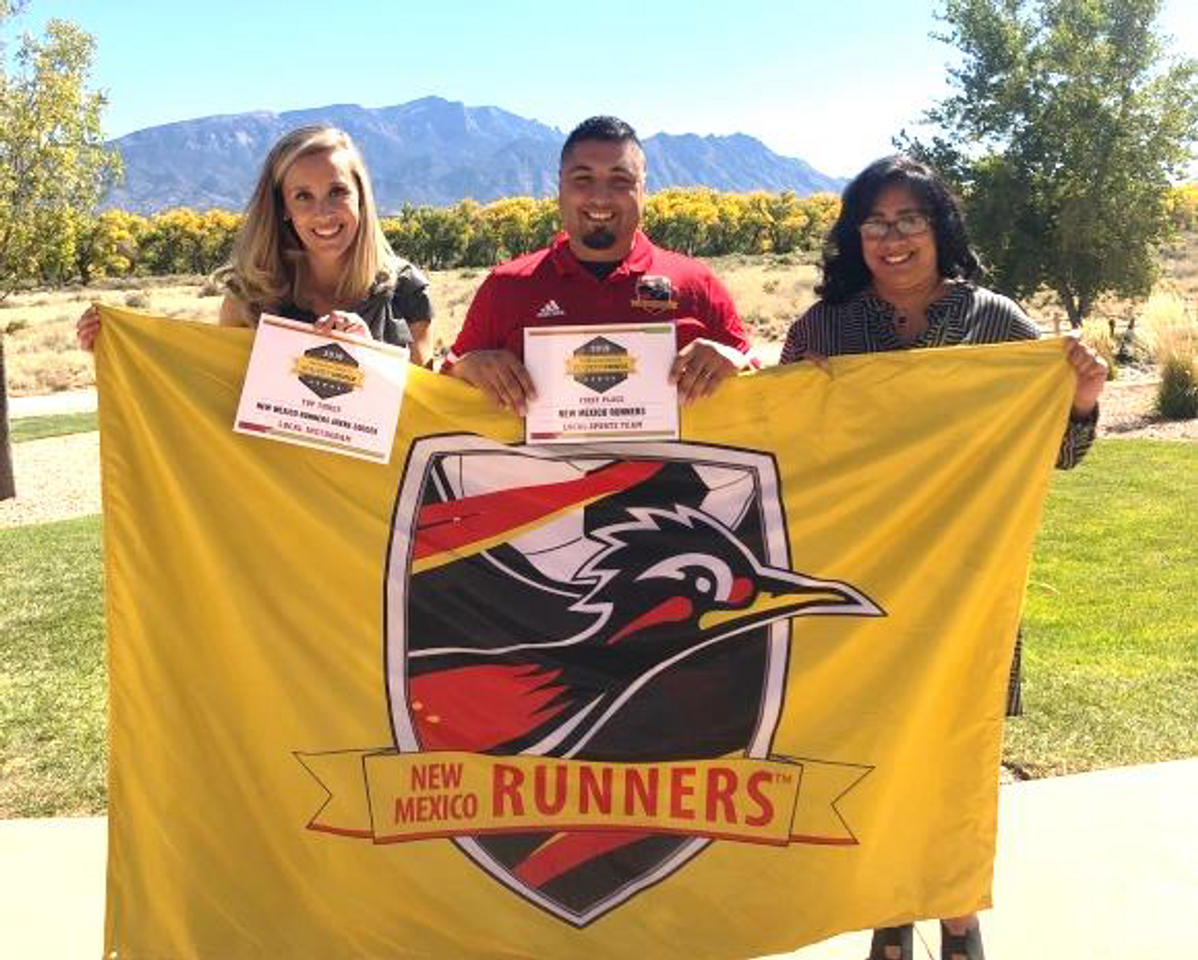 The mission of the New Mexico Runners Arena Soccer organization is to provide affordable family friendly sports entertainment to the community of Rio Rancho, New Mexico, and its surrounding areas featuring an intense as well as exciting sports atmosphere.

The concept for the Runners was developed over a 6 month process to bring professional sports to the City of Rio Rancho. Co-Founders Andres Trujillo and Edwin Trujillo created TRU Sports Properties, LLC with the mission to work on something together to make a positive impact in the community.

Andres wanted to build the soccer business into a family affair and has done so by bringing on members of his family including such as his sister Angelica Delgado and his mother Annette Abreu who oversees ticketing. His wife and Co-Owner Kathryn works side by side with him to run the organization. She's officially the Game Operations Coordinator, but Kathryn has a hand in almost everything on the back-end including selling group tickets, organizing community events, handling "Rio" at events, and working with sponsors.

Andres' experience in the sports industry extends from his radio days at ESPN Radio KQTM-FM in Rio Rancho to owning, operating and investing in local sports teams including professional indoor football and soccer. He also holds the position of Executive Director for the New Mexico Games which is the state's largest and longest running sports festival.

Our ownership believes that quality of life improves because of sports teams and in turn more people invest in their own community. Everyone is looking to be a part of something BIG and the New Mexico Runners Major Arena Soccer League team is the next BIG thing to happen in New Mexico!

Soccer is the fastest growing sport in the United States from youth to adult! The New Mexico Runners bring the community of Rio Rancho as well as the state of New Mexico exciting and fast paced arena soccer you do not want to miss. Every game wows fans with a live DJ, exciting fan engagement and pure family entertainment! The experience will leave fans wanting more New Mexico Runners arena soccer!

Season3 was a success and now season 4 returns December 2022 at the Rio Rancho Events Center!